The summer when she was two, Kimmie became obsessed with bees.  My in-laws brought her a book about bees

Fortunately, bee costumes are pretty easy to make.  All you need is

How to make a Bumbling Bee costume

The tricky part of this costume is the fact that it’s easiest to make when the child is actually in the costume.

Kimmie liked being a bee so much that on November 1, she announced she was going to be a bee again the following year for Halloween – a commitment she stuck to. We used that large shopping bag to store the costume in the basement until Halloween rolled around again.

The costume was so easy to make that when Kimmie wore it for her second Halloween, I made an adult-sized copy for my mother to wear while taking Kimmie around the neighborhood. 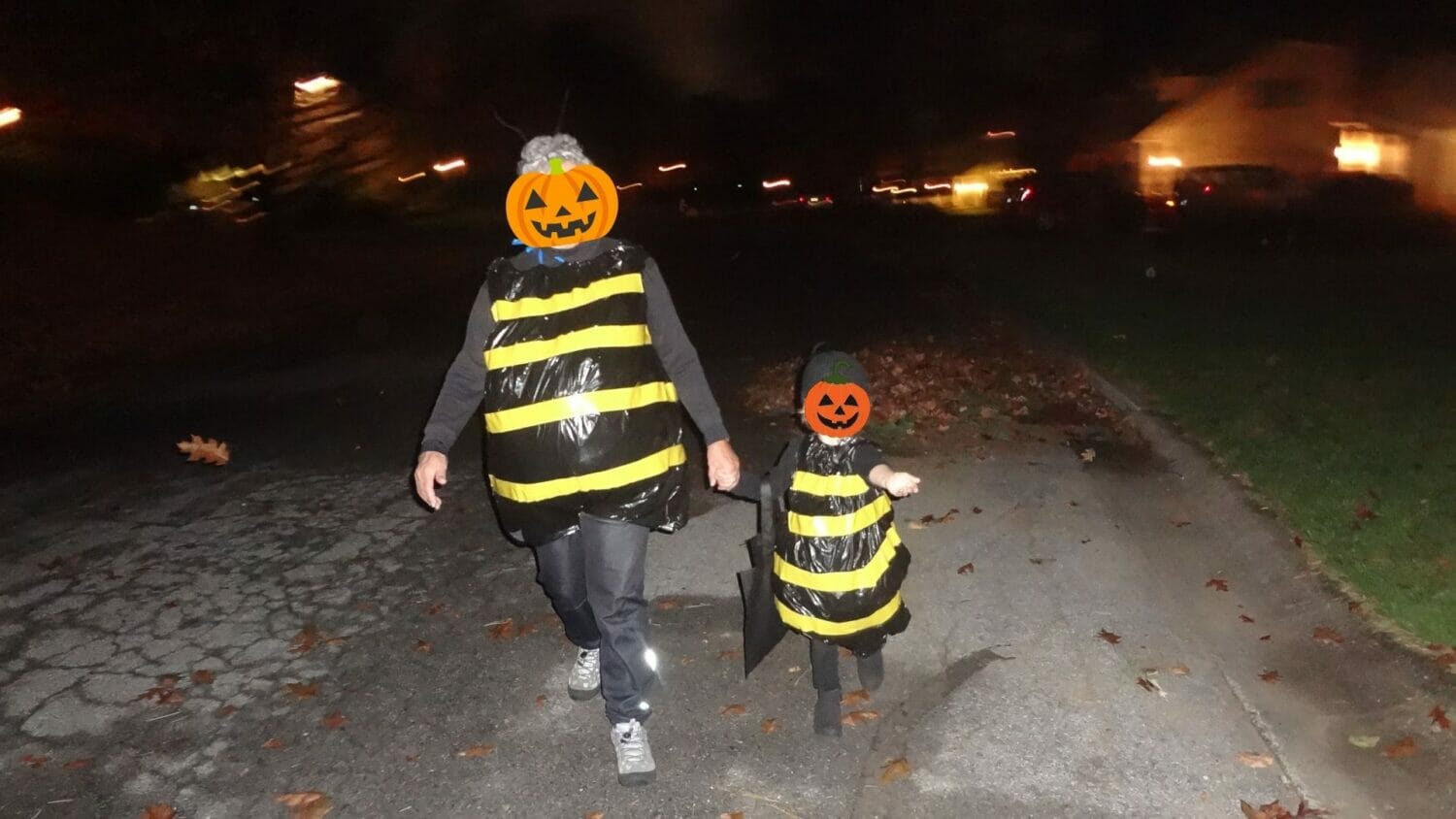 Best of all, though, were all the comments we got on the adorable bee costume.  I try not to let myself get sucked into the arms race of one-ups(wo)manship that seems to exist among parents. But I will admit that my heart was bursting with pride at the preschool Halloween parade, when I overheard other parents commenting on how cute the little bumblebee (Kimmie) was. 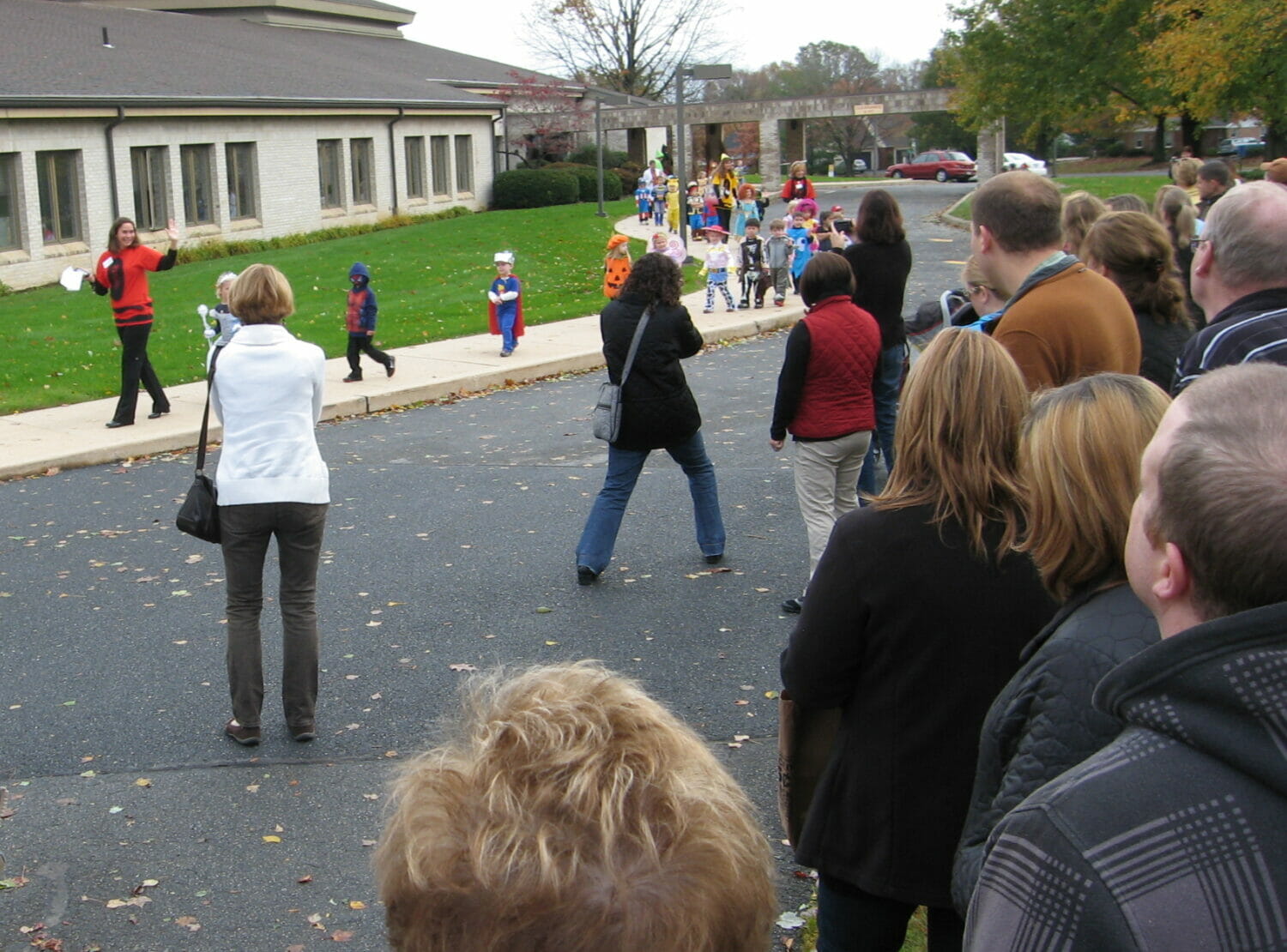 From a distance, Kimmie’s costume was indistinguishable from a store-bought one. After a few minutes, I couldn’t resist mentioning whose cute kid that was – and where I’d purchased (the items to make) her costume.

They were floored to learn that they were marveling over how adorable my daughter looked in a trash bag stuffed with newspaper and covered with duct tape!

If you enjoyed this step-by-step bumblebee costume tutorial, please share with others by pinning this image! 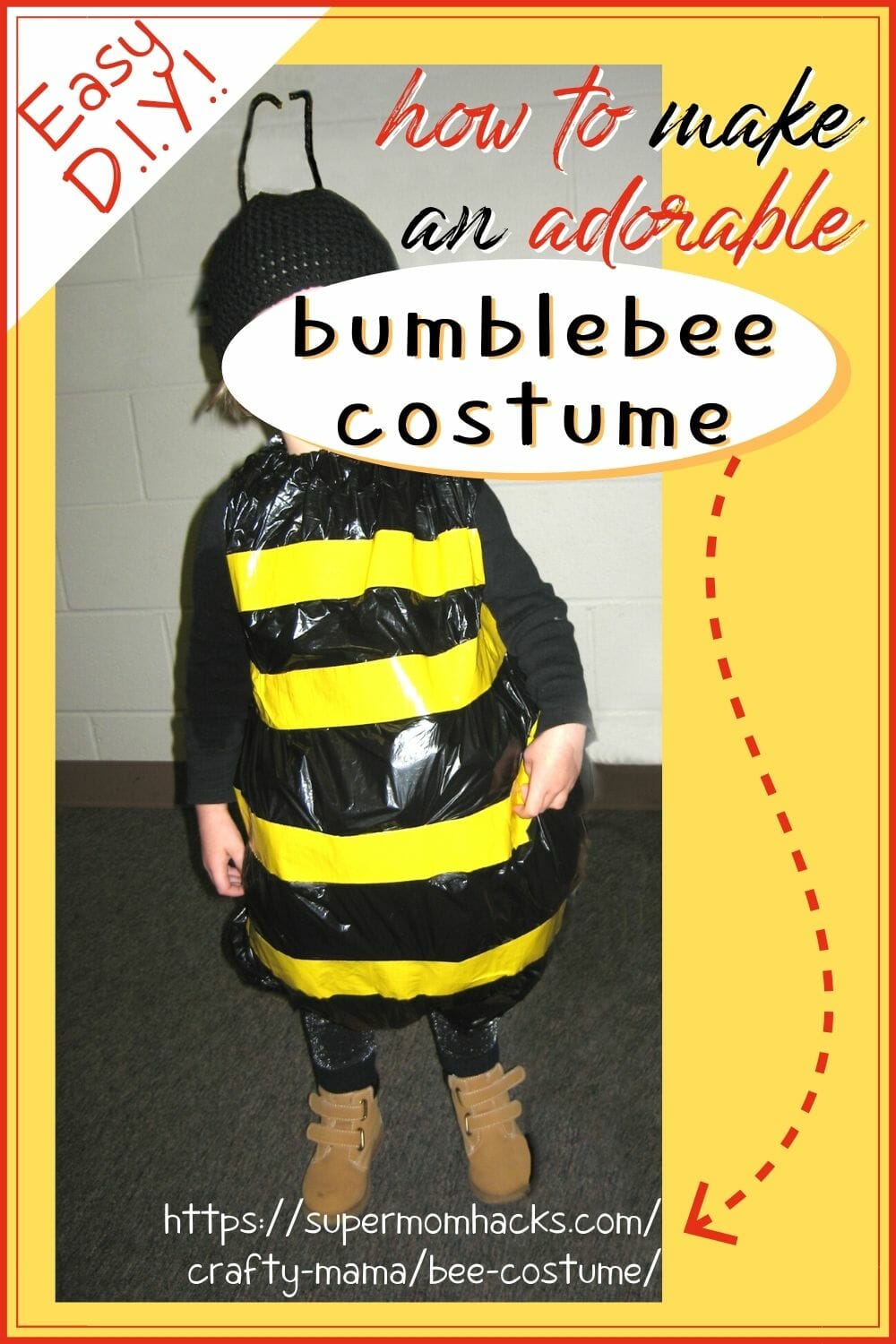 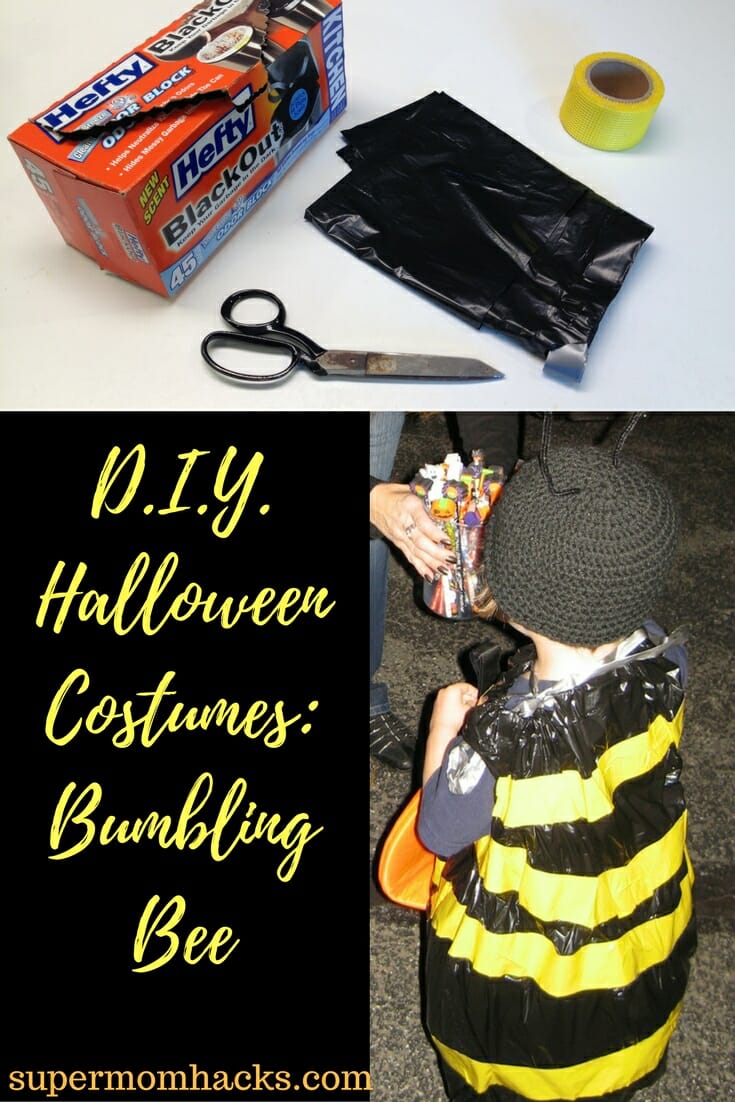 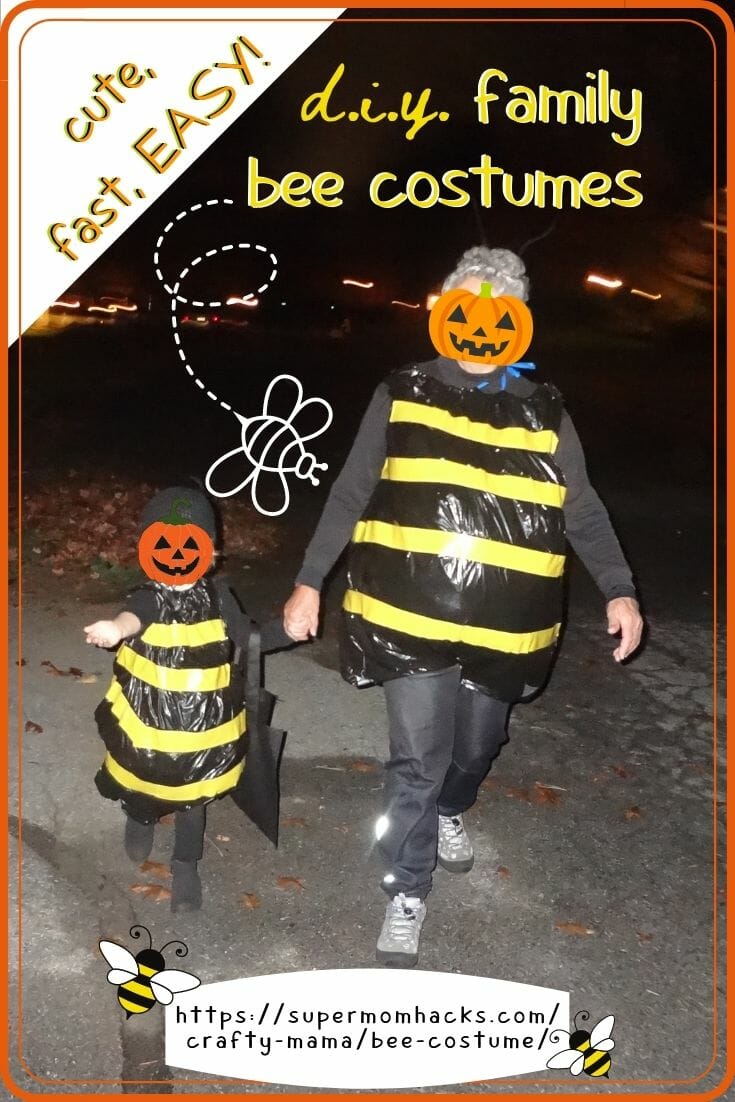