Spring is nearly here, as my children keep reminding me. Time for some spring cleaning. Or making good on those New Year’s resolutions to clear out the clutter. Either way, here are ten things to purge from your garage NOW.

If you don’t have a “garage,” substitute “attic” or “basement” or “junk closet” – wherever you stuff things until you’re ready to deal with them. I bet you’ll find at least a few of these things to purge in whatever your personal dumping-ground is called.

I got a head start on spring-cleaning our garage a few weeks ago, and quickly realized that my problem wasn’t so much with (lack of) cleanliness. Or even (lack of) organization.

So if you’re ready to clear out some of the excess stuff in your life, here are

And so the cardboard piles up. 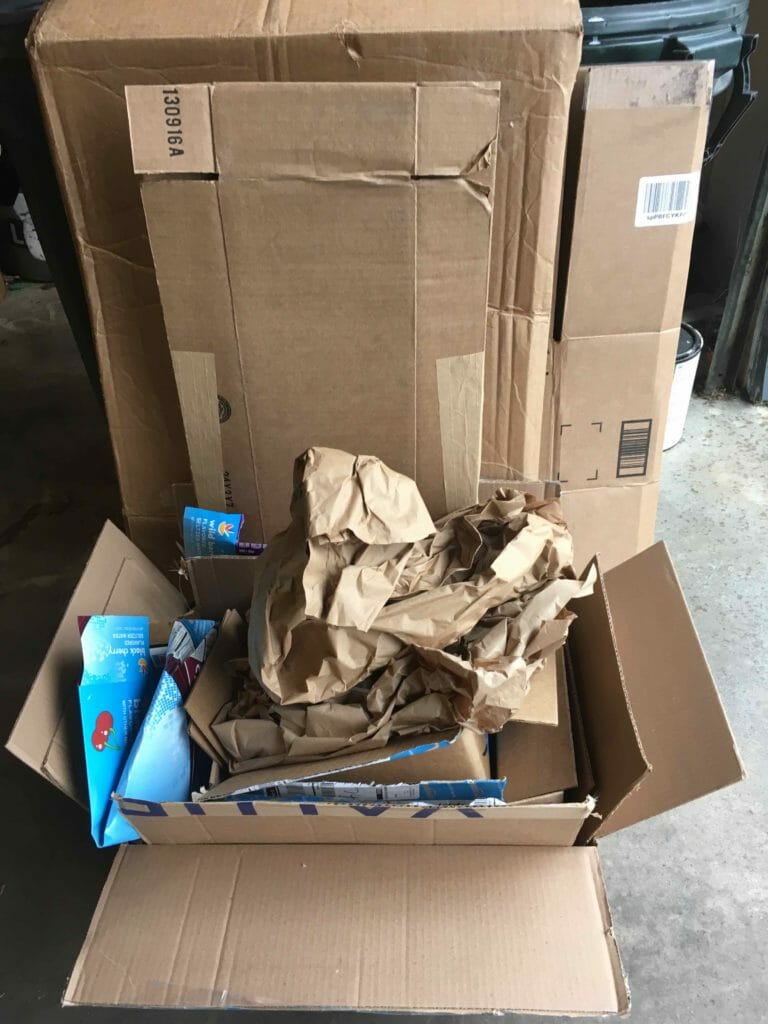 One of the first things I got rid of in my recent purging was all that accumulated cardboard. The smaller piles of electronics, fluorescent bulbs, and dead batteries anticipating recycling will have to wait until after Baby Consignment Sale is behind me, because we have to bring them to the appropriate drop sites. But their days of taking up space in our garage are numbered.

Our garage is the way-station for stuff we no longer need and plan to donate somewhere. 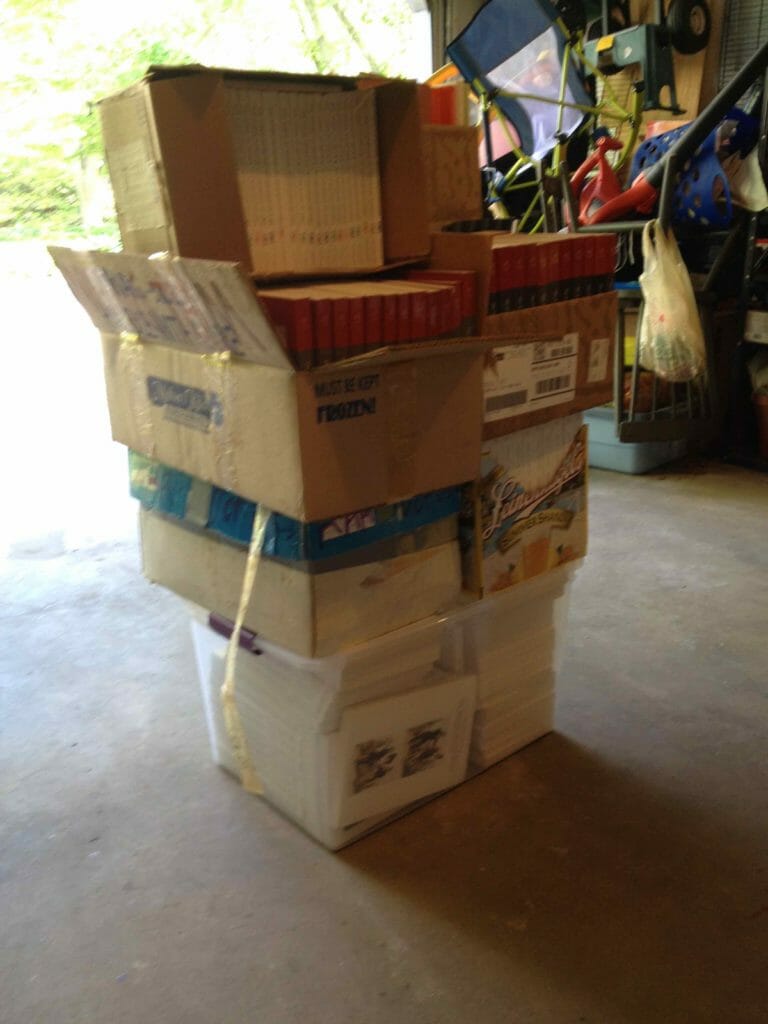 I’ve been avoiding this job because of the time involved, but it really didn’t take that long to box up these items and get them out of our lives, once and for all.

The final tally? Three large boxes to our local craft-supply thrift store, another three to the nearest Goodwill, and two big boxes to the nearest Habitat ReStore. You do the math: That’s eight sizable boxes of stuff we’d been meaning to get rid of anyway.

Getting those things out of the garage freed up a ton of space.

3. Parts for things you don’t own anymore

Our municipal trash service has a special pick-up each year for things like old appliances and tires. So last spring (2016) I finally let go of the four snow tires from the car I traded in way back in 2012.

Guess what I found in the garage last week? Two more spare tires that fit my former car, but not my current car! No reason to hang onto them. Ditto the bike rack that my husband used on HIS former car, since his new one has a built-in rack.

4. Extra pieces you won’t use, and other hobby-related excess

We are a family of avid cyclists, and my husband and I do some of our own bike maintenance. But that’s no reason to hold onto bike parts we won’t ever use again. 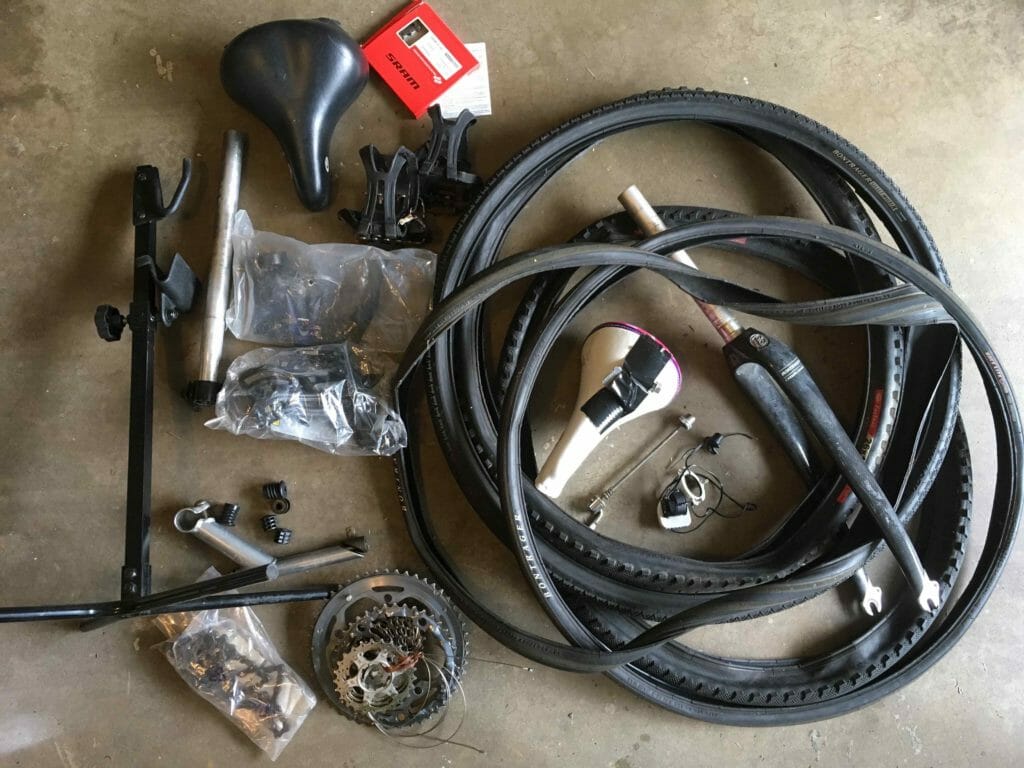 So I made a big pile of those extra parts, and donated them to our local community bike shop/maintenance school/build-a-bike nonprofit. They were as thrilled to receive them as I was horrified – horrified to see how much excess bike stuff we’d accumulated over time.

5. Stuff your kids (or you) have outgrown

Our four-person family currently has EIGHT bikes in our garage. That’s two per person.

In the grownups’ case, this makes sense. My husband and I each have a road bike for longer rides, and a “commuter bike” for around-town commuting.

In the girls’ case, not so much. Kimmie got a new (larger) bike for her birthday, and passed her old bike to Essie. Hence we no longer need Essie’s former bike or the balance bike, both of which are much too small for the girls anyway. Good thing our spring Baby Consignment Sale is coming.

We have a perfectly good kettle on the stove that we use every morning to heat water for coffee.

So why, I recently asked myself, do we need a second one in the garage? (And, as I also discovered, a third in our basement crawl-space?)

This is one reason I’m already up to a fourth box of stuff for Goodwill, and counting.

When we moved into our current home over seven years ago, these got dumped in the garage for lack of better place to put them. And that’s where they’ve stayed ever since, gathering dust.

He truly intends to brew again. Someday. I get that. But I made an executive decision that until Someday arrives, we could better use that space to store some of our many bicycles, which never get the chance to collect much dust.

Hence the home-brew equipment is now safely tucked away in the crawl space.

I’m happy to report that (unless they also fall into one of the first five categories above) I didn’t find any broken things to purge this time around. But on previous garage-cleaning expeditions, I’ve found plenty.

Sure, you may fix it. Someday.

But really, WILL you? Especially if you haven’t already gotten to it by now?

(OK, full disclosure: my recent garage-purging DID inspire me to get rid of two broken lamps that have been tucked inside our crawl space for several years, so I suppose that counts…)

You may be more likely to have things-missing-pieces (toys, puzzles, games, etc.) inside your house than in the garage. Are you REALLY ever going to replace that piece, if you haven’t already done so? And is it even worth it?

If the answer to either of these questions is no, then get rid of it. 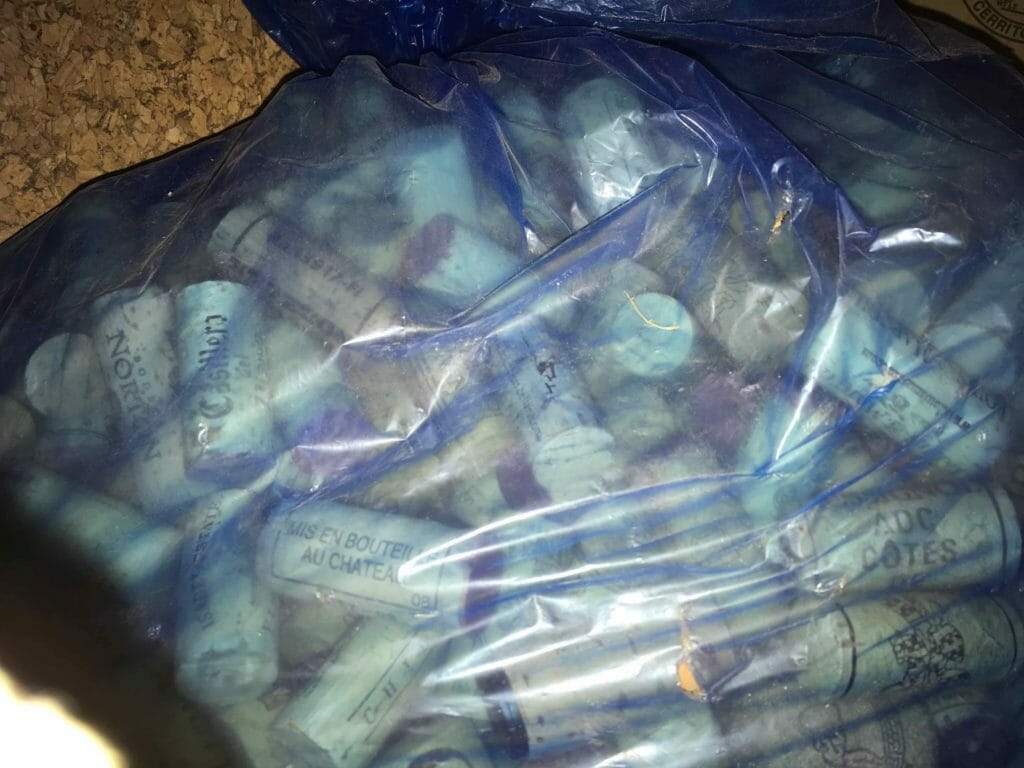 Likewise, let’s suppose you have, oh, say, a huge bag of corks from wine bottles that an unnamed family member has religiously saved for the past two decades.

As Queen Elsa declares in the movie Frozen, let it go.

And my final example of Things To Purge NOW:

10. Boxes you haven’t touched since your last move

We all have some of these somewhere. I thought I’d located all of ours in last year’s garage-cleaning. The nice thing about finally going through them was this: After so much time had passed, it was easy to let go of 90% of their contents. (See #2-6 above.)

So here I was, all smug about not having any more Boxes From Last Move to deal with. And then I spotted them. Four boxes, neatly stacked, of books and papers pertaining to my former career path. Hiding in plain sight. 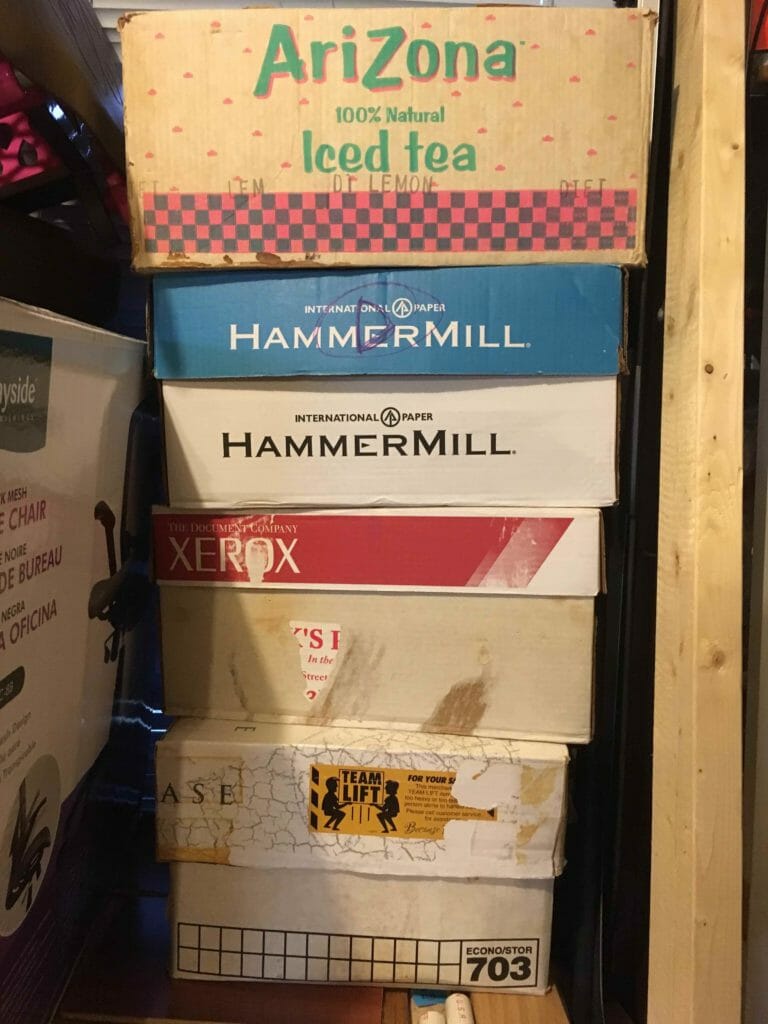 Technically these weren’t boxes from the last move; they were boxes from several moves ago.

The reason they’re still sitting around is because they require a little more time to sort through before proper disposal. But at least I now know they’re waiting for me, next time I have an afternoon or two to clear out some more leftovers from the past.

So, that’s my list of ten things to purge now (or as soon as possible). How many can you identify with? Any I missed that cross your mind, as you survey your own hiding-spots? Let us know in the comments!

If you enjoyed this post on decluttering your garage, why not share it with others by pinning this image?