When Should You Teach Your Kid To Budget? 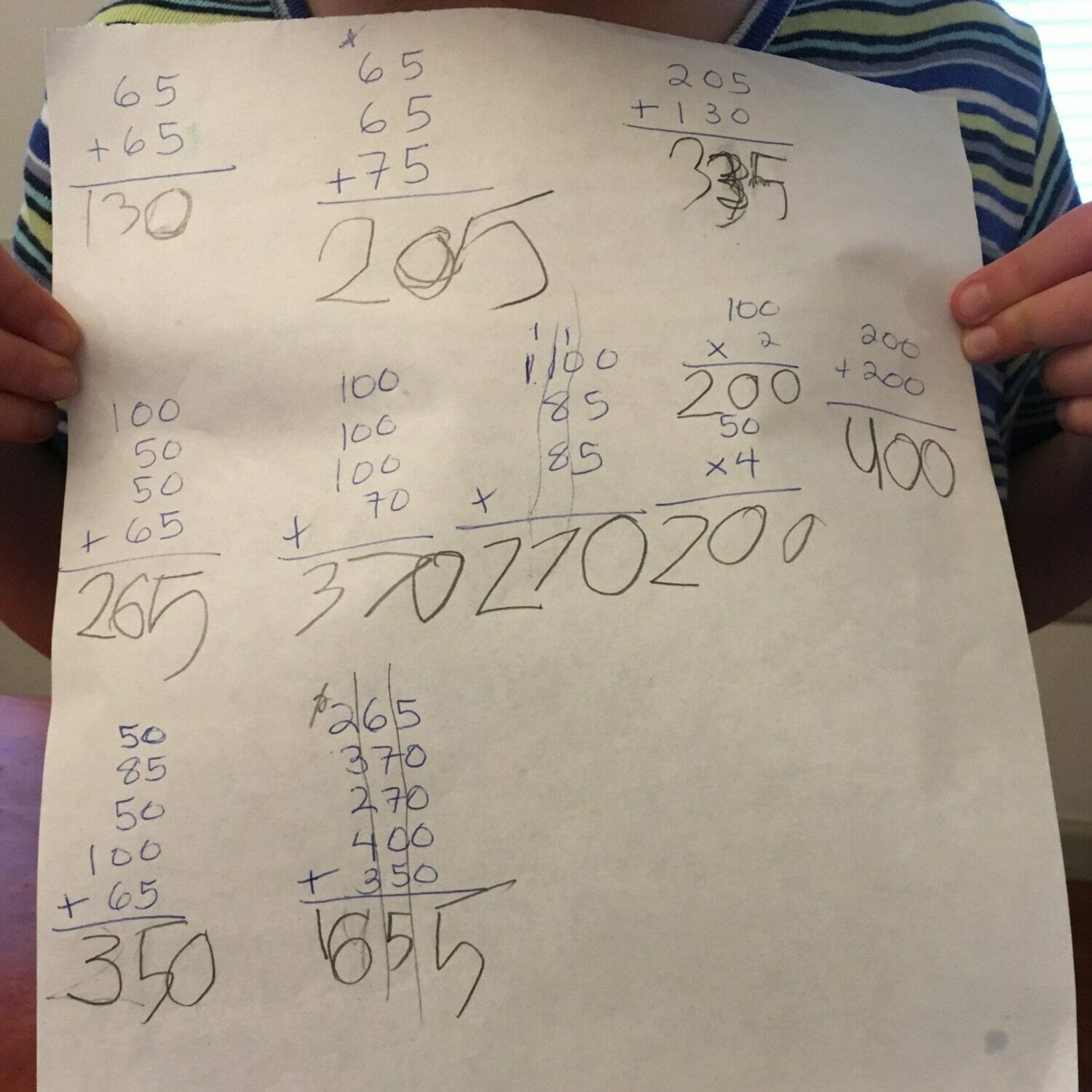 When’s the right time to teach your kid to budget?

I vaguely recall my parents mentioning budgeting before college, which is when I became responsible for handing over a check each month at the bursar’s office. Nothing drives home the importance of budgeting like making sure your earnings will cover next month’s tuition payment.

We’ve all heard of – and in some cases, lived through – horror stories of racking up credit-card debt when spending exceeds income.

Kids need to learn this stuff at some point. But when? At what age should you teach your kid to budget?

My longtime answer: Before the stakes get too high.

But as I now know, there’s an important caveat: The lesson has to be relevant. Otherwise, it won’t work.

Want to teach your kid how to budget? Rule #1: the lesson has to be relevant, or it won't work! Click To Tweet

Our family recently learned this the hard way, and made it into a teachable moment. (Thank goodness the stakes are still pretty low!) Here’s how. 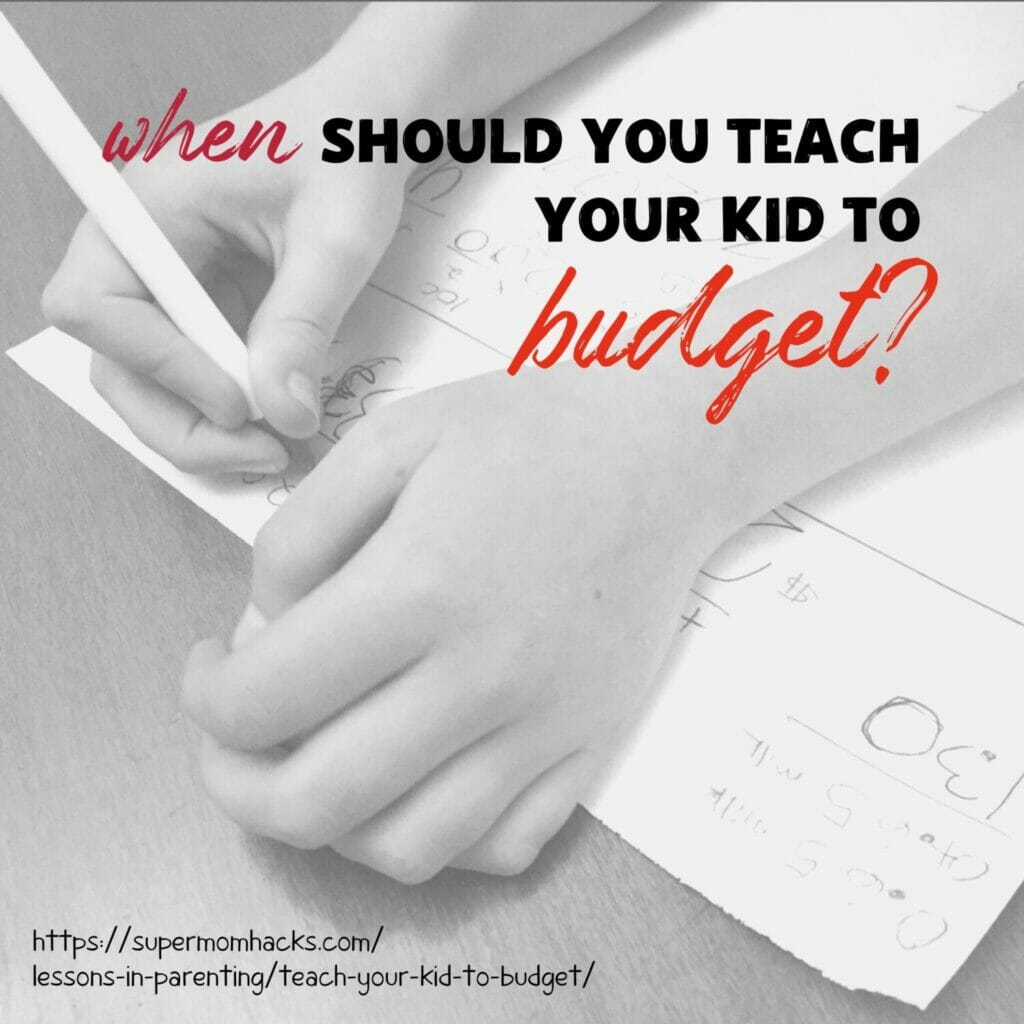 We didn’t see this coming…

After all, Kimmie is what, seven?

We’ve discussed wants vs. needs with the girls, more than once: 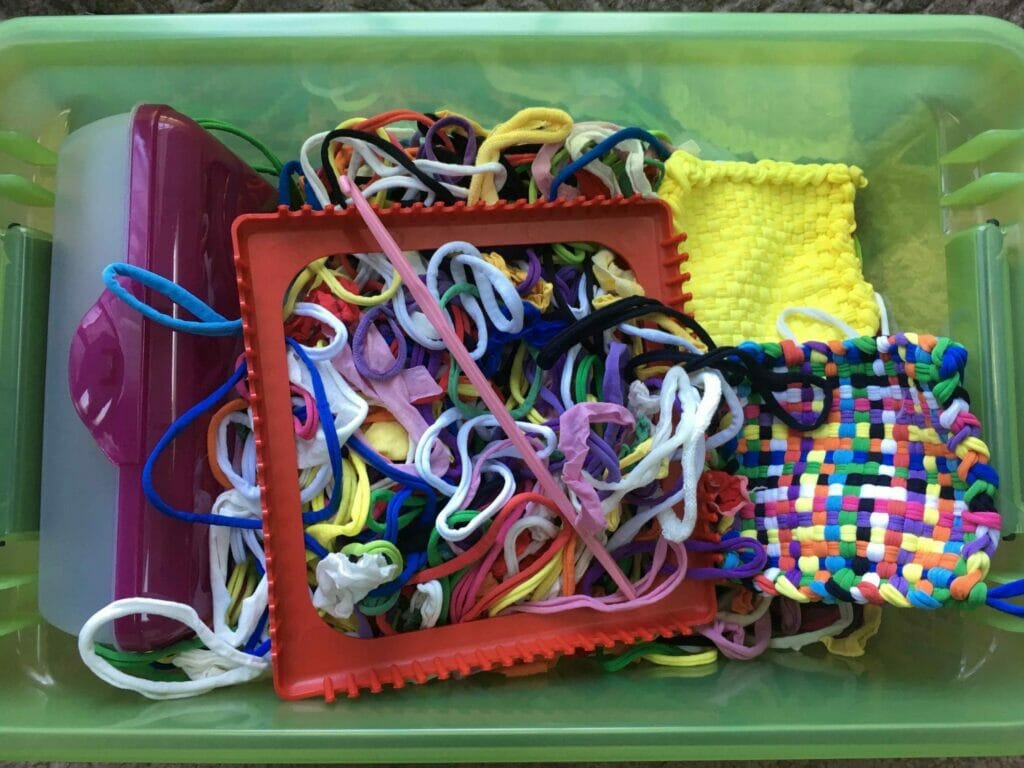 And for goodness sake, she’s a Girl Scout! Which means she has to do things like sell cookies – and, along with that, earn financial literacy badges every year. 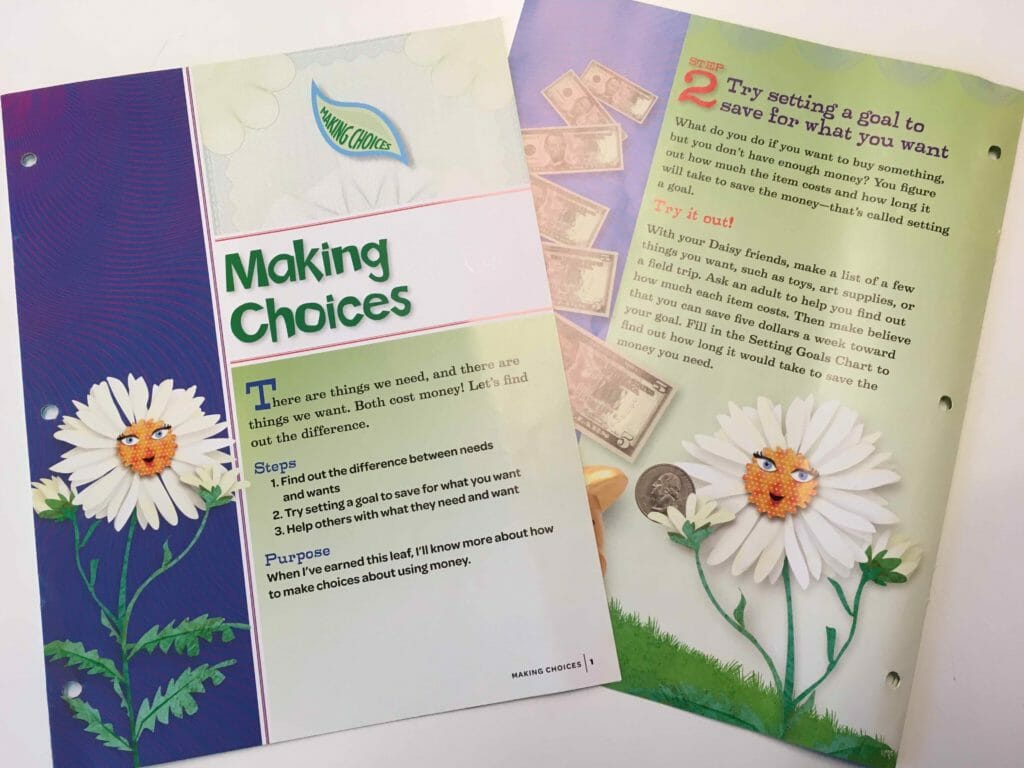 She missed the first meeting in January, where the girls earned their Making Choices badge, so I got to do it with her at home. Great activities on saving up for wants, and making sure you’ve got your needs covered first.

But in retrospect, it’s clear that the theoretical/hypothetical nature of the activity didn’t leave much of an impact.

This all came to a head for us at the end of January, when I started getting Low Balance Notifications for Kimmie’s lunch account. 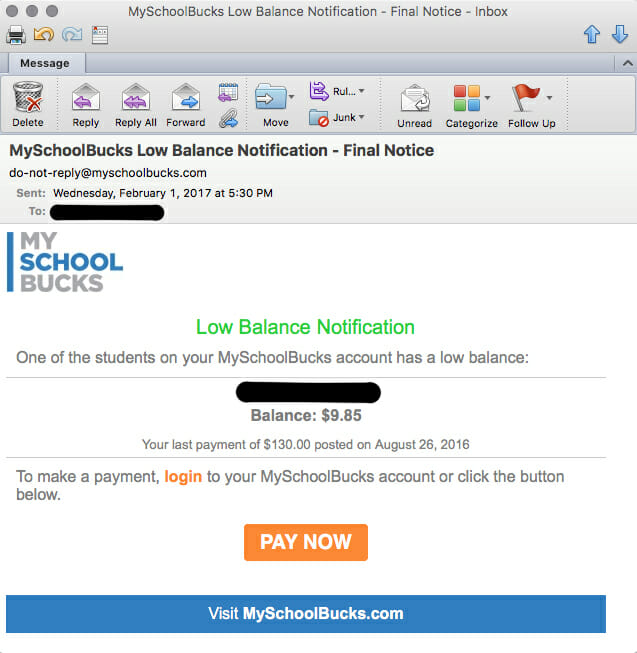 Instead of seeing their parents writing checks to pay bills, they see us paying bills online with a few clicks. Instead of balancing checkbooks, we swipe credit cards. Kids don’t even have passbook savings accounts anymore, where they can see a new entry printed in their book as soon as they deposit birthday money.

And instead of having to keep track of milk money, they get what basically amounts to a line of credit at the cafeteria.

How does having a line of credit at the lunch counter teach your kid to budget?

As we learned last week, when the Low Balance notifications started hitting my inbox, it doesn’t.

Making this into a teachable moment 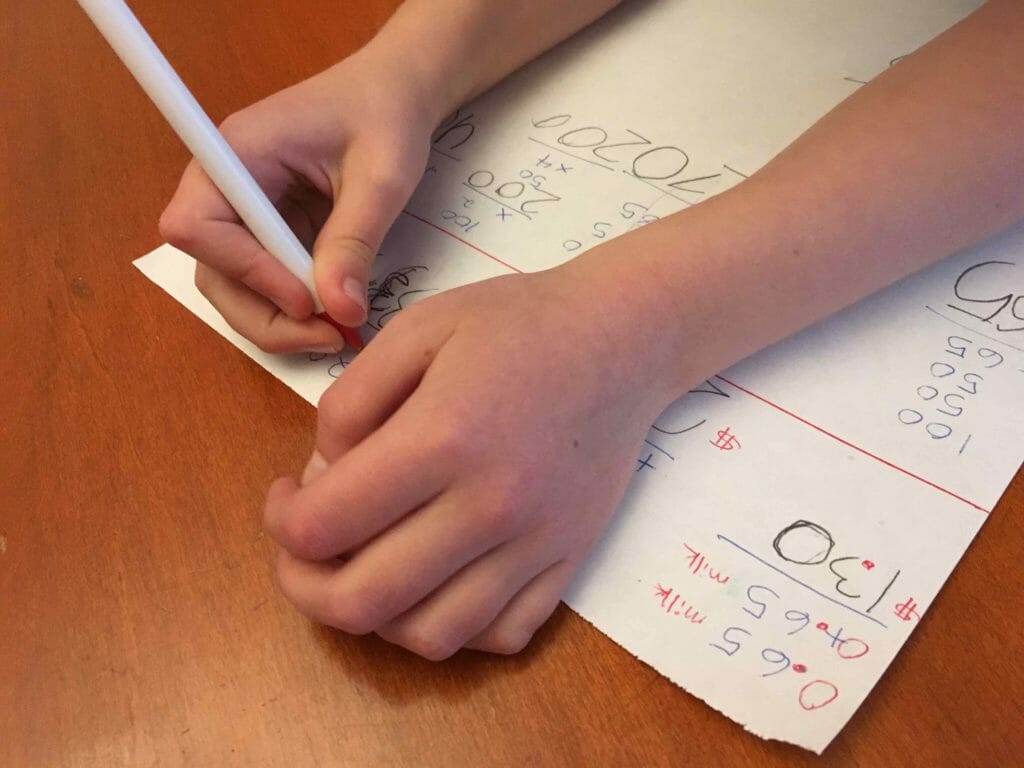 Fortunately, Kimmie and her second-grade classmates are working on multi-digit addition and subtraction. So last weekend, I gave Kimmie (who loves to practice math) a sheet of practice problems.

After she’d solved them all, I showed her how adding in decimals and dollar signs could transform these two- and three-digit numbers into dollars and cents.

Then we compared the numbers in the problems she’d solved to a printout I’d made of her cafeteria expenditures. As she soon learned, the digits she’d calculated came straight from her daily lunchroom purchases.

She was horrified to realize that the biggest sum she’d calculated – $16.55, representing her spending for the final week of January – was almost five times as much as the $3.35 per week that she was supposed to be spending, according to what I’d budgeted for when I put money into her account. 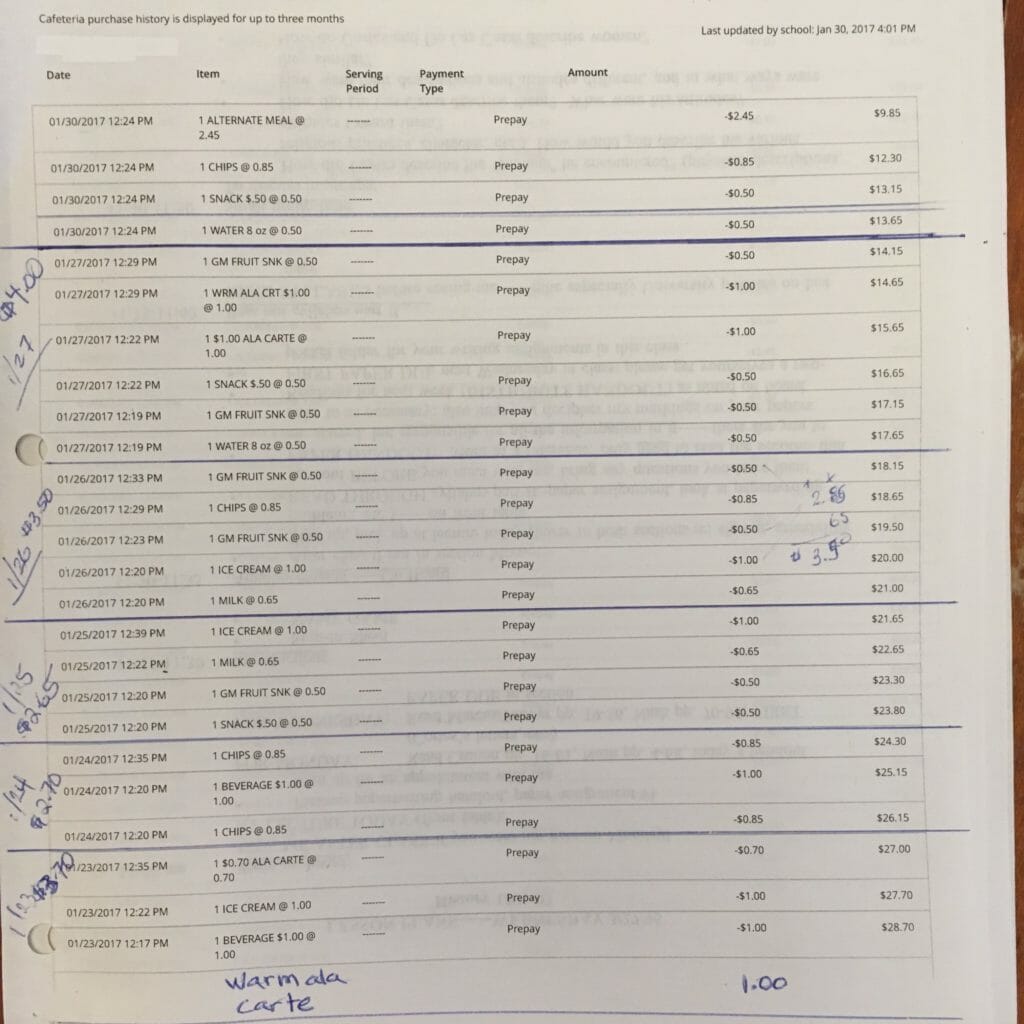 The day I got the first Low Balance notice, she didn’t seem to grasp why being almost out of money just over halfway through the year was a big deal.

But having the numbers in front of her gave her new insight into why her parents weren’t impressed with her recent spending habits. 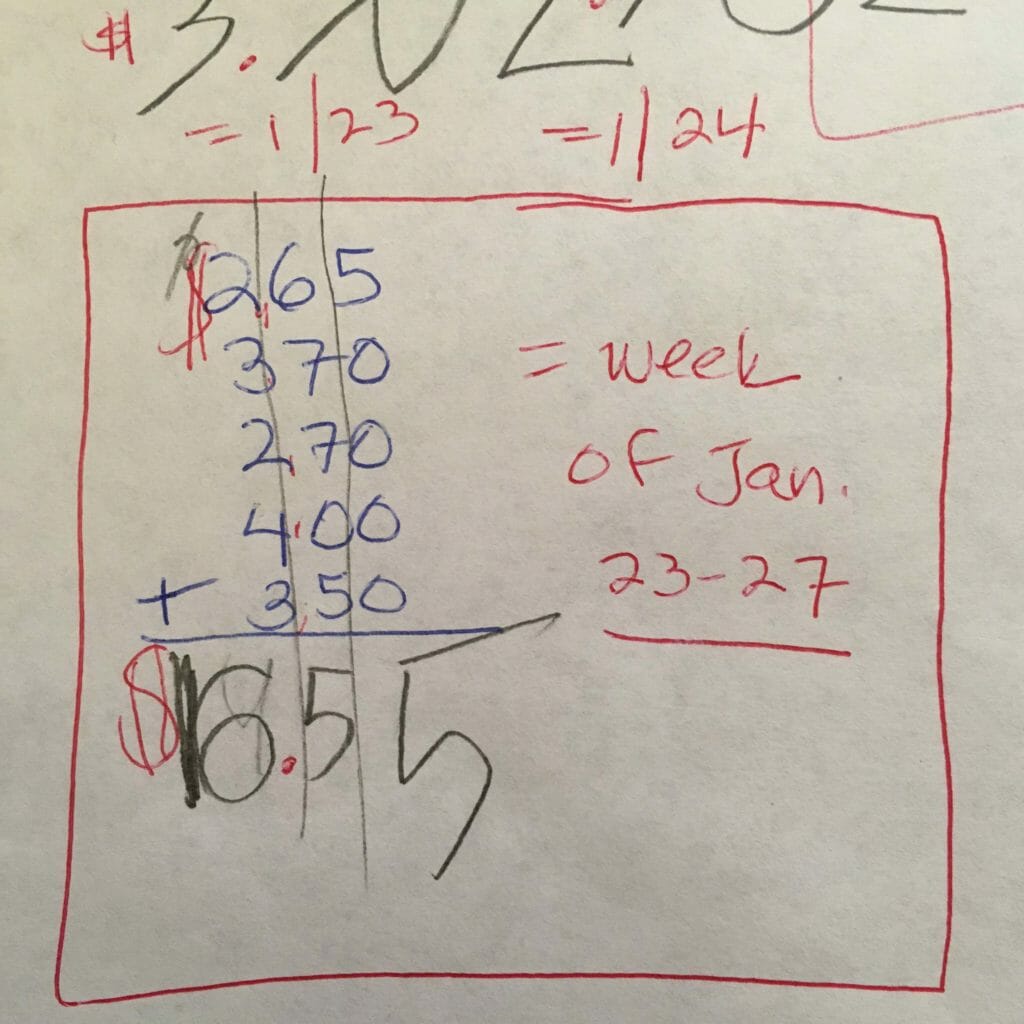 The first day I’d confronted her about her spending, her attitude was, “Oh, well, you can just put more money in my account!” She was pretty annoyed when both Daddy and I vetoed that idea right away.

Her next stance, “I wish money were just free!”, didn’t get her any farther.

After she and I did the math, we had a discussion about why she’d started buying so many things in the lunch line. Especially since she was still bringing in a lunch every day, consisting of foods I know she likes.

“Well, I’ve been getting a little bored with the lunches you’ve been packing for me,” she confessed.

As she soon learned, the solution to that problem is packing her own lunch for school.

Living with the consequences

In the short run, shepherding her through this process daily means more work for me. Let’s face it, packing two lunches is faster and easier than being a seven-year-old’s sous-chef.

For example, her first great “make my own school lunch” idea was deviled eggs with steamed carrots. “Great,” I responded, “but that’s not something usually in my time budget. Besides, you have to steam carrots ahead of time, so they can cool.” 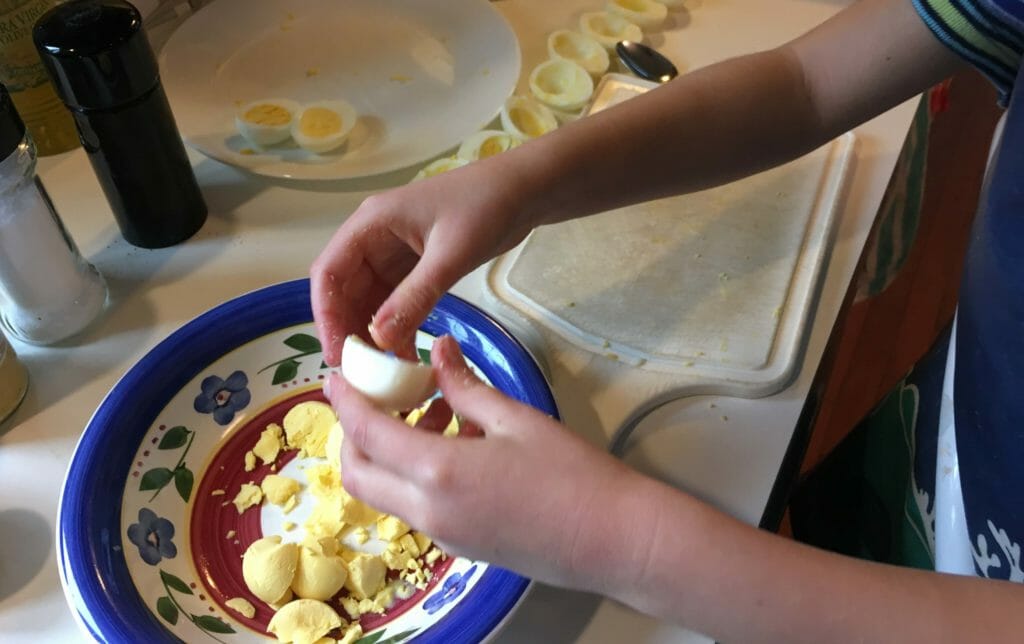 So she spent part of her Sunday afternoon making herself steamed carrots in the microwave. Then making deviled eggs while she waited for the carrots to cool. (Then, much to her dismay, cleaning up the mess from her creative process.)

Monday afternoon, she made a taco salad for next day’s lunch, while I made one for Essie’s lunch bag.

Nonetheless, I know we’ll all reap dividends from this learning experience in the long run:

Of all our efforts to teach the girls about money and budgeting, this real-life teachable moment has had the greatest impact so far for Kimmie.

What have you done to teach YOUR kids about budgeting? How has it gone? Let us know in the comments!

P.S. If you want more ideas for how (and when) to teach your kids about money, see here, here, here, or here. Also worth checking out is Beth Kobliner’s just-published book, ✅Make Your Kid A Money Genius (Even If You’re Not).

If you enjoyed this post on our attempts to teach our kid to budget, please share by pinning this image! 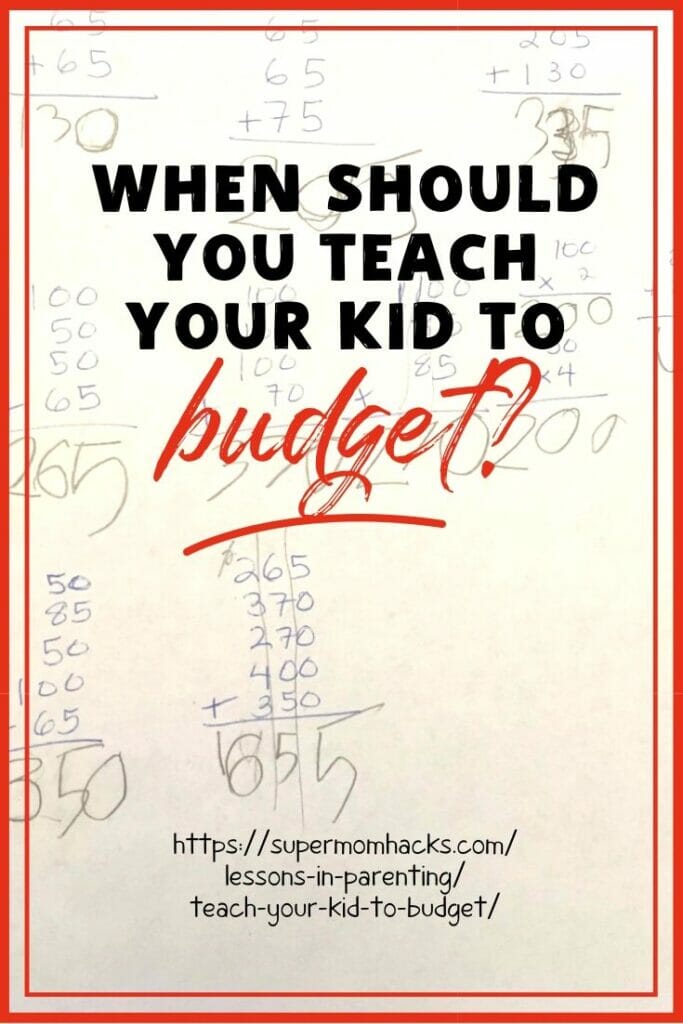 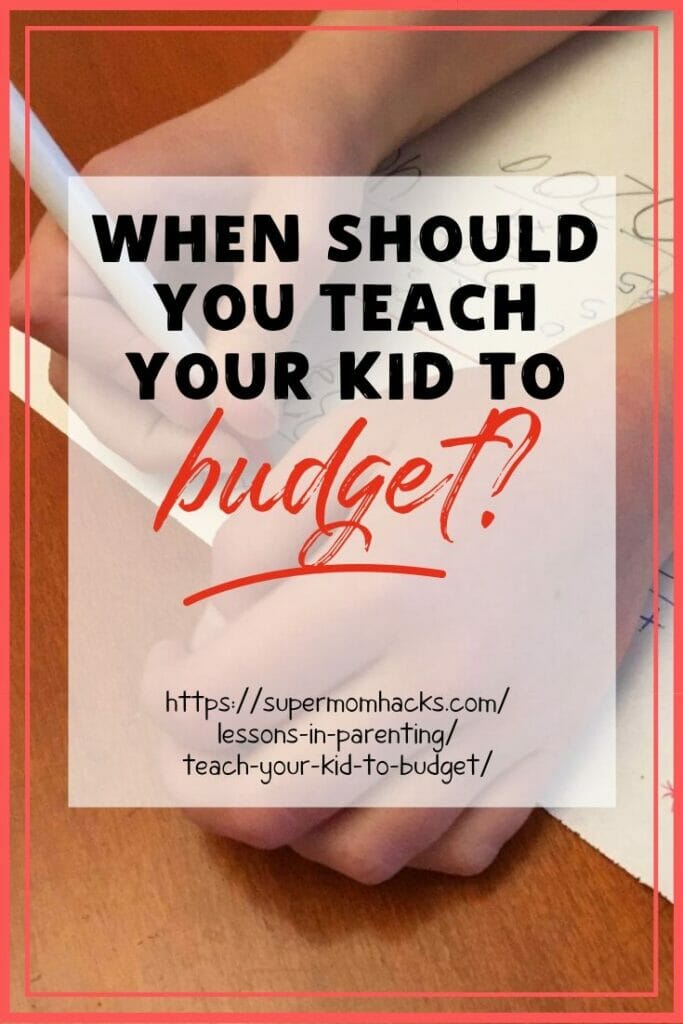