The final countdown is on – just over a week until all those Halloween costumes need to be ready to go! For those of you who are DIYing, especially if you’re cranking out a homemade ghost sheet costume or two, you may be busy with your sewing machine, iron, and/or fusible interfacing.

Or now that the Scouting season has begun, perhaps you have a bunch of new patches and awards and such that you want to iron onto your kiddo’s uniform.

Either way, if you’re reading this after an internet search, there’s a good chance you have a problem on your hands. Namely, your iron faceplate is now covered with stray goo. How do you remove adhesive from your iron, without damaging the iron itself? 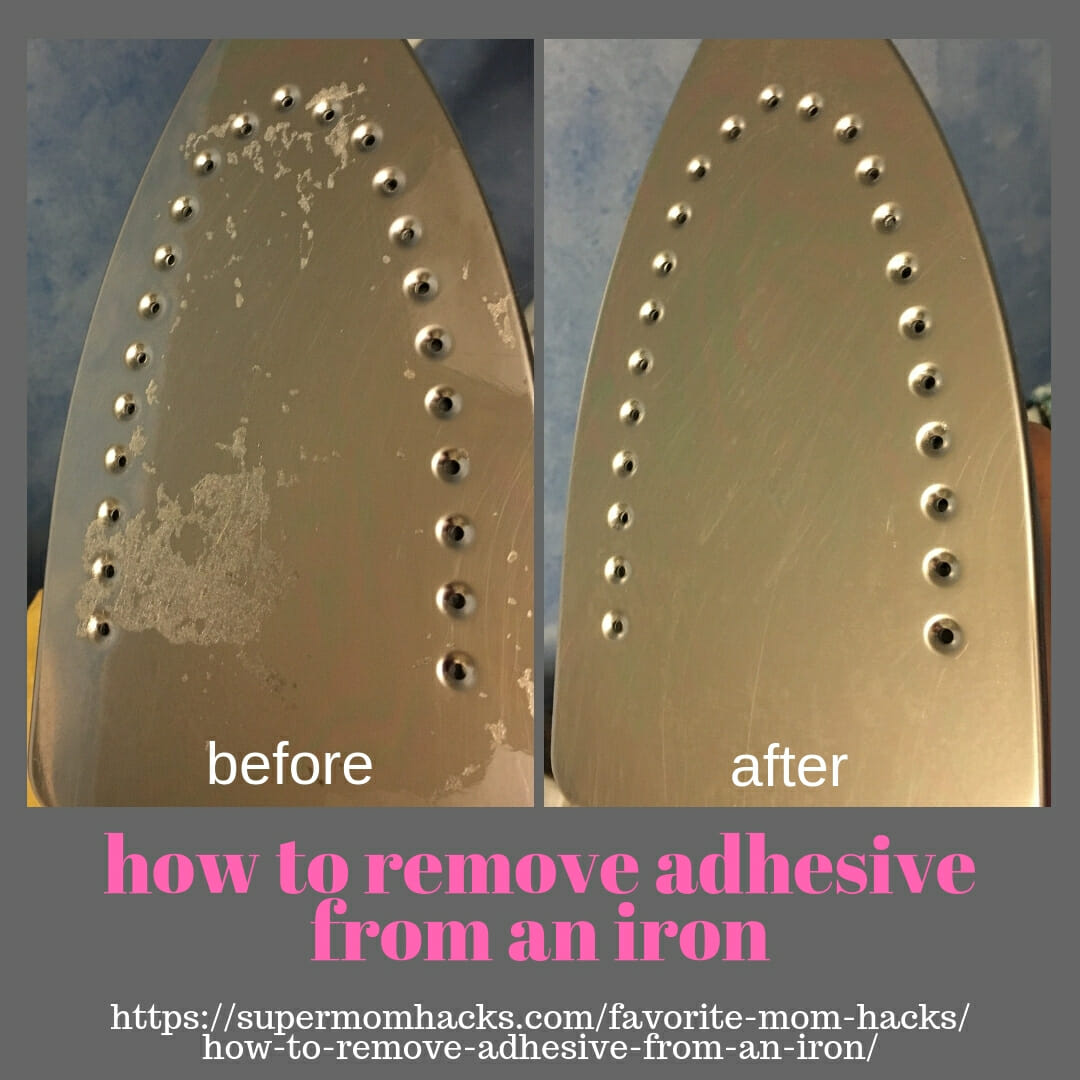 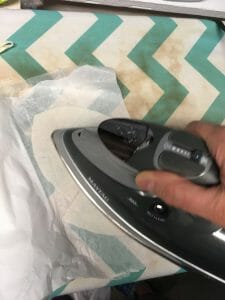 This was me over the weekend. I had only a few hours left until Trunk-or-Treat at our church, and was trying to finish Kimmie’s unicorn costume. The final step involved fusing brown felt onto cream felt, as part of making her unicorn ears.

I had the double-sided interfacing out, and thought I was being careful about only ironing over the interfacing with a layer of ironing paper or the felt itself between iron and interfacing at all times.

But as I was finishing the project, I realized that the iron was no longer gliding as smoothly as it should. And when I looked at it, this is what I saw: 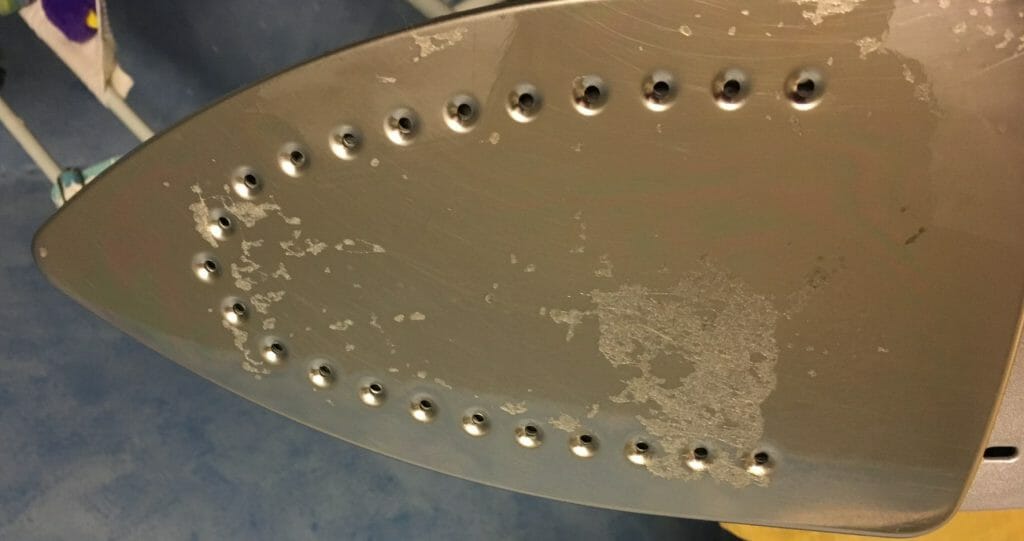 Do you see all that gunky adhesive? All over the brand-new iron we just barely started using two months ago???

That my husband picked out, no less, because he’s the one who mostly uses the iron??? (He irons that day’s outfit every morning before he goes to teach. I have an iron-free wardrobe on purpose, as do the girls, because I hate ironing. The only time I turn on the iron is to do something involving sewing or crafting.)

I knew I was in deep doo-doo if I didn’t figure out how to get the adhesive off of that iron, without destroying the iron, before 6am Monday morning when he went to press that day’s dress shirt for work!

How To Remove Adhesive From An Iron (Without Destroying The Iron!)

Much to my surprise, this turned out to be easier than I’d feared!

The first thing I tried, turning the iron on to “cotton” setting and ironing over a clean piece of paper towel (to see if I could transfer the adhesive to the paper towel), didn’t work.

So I unplugged the iron and moved on to my second attempt, which worked wonderfully. 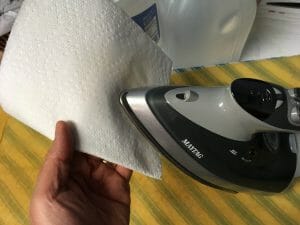 Your iron should now be clean and ready to go!

Were you surprised by the white vinegar at the end? For what it’s worth, I’ve written elsewhere about all the cool ways you can use vinegar as an environmentally-friendly cleaning product, plus why vinegar is handy for laundry specifically. Using white vinegar is one of my favorite household hacks, so do check these posts if you want to know more!

Was this post on how to remove adhesive from an iron useful? Please share with others by pinning this image!